Implementing 3D-printing
Adding a 3D-print solution allow disentanglement from the supplier(s). In some cases, it's better to print parts in house than to have a supplier deliver the goods. The benefits (depending on the ecosystem) vary from faster available, cheaper or even better suited for that use. A pilot 3D-print solution is easy to do - fully in line with the MakerCulture. But - keep in mind; 3D-printing is NOT the magic solution, so don't give up on the current suppliers, you'll still need them.

3D-copying
Some objects are too good to be unique. In 2016 it's possible to create copies of objects, just like the science-fiction promised us. Check out this Real World Application.

Optimalisation
99% of the parts that are being used are developed having machine restrictions in mind. You cannot drill in curve, you cannot have a cavice inside, it's impossible to weld these parts on that intersection. Having the freedom of 3D-printing allows for parts that are better. Better in meeting their requirements; lighter, stronger, thermal properties. The result also environment-friendly: less pollution, less waste in production, less energy-consuming.

Marketing / promotion
Flyers, a presentation, a video-clip, a radio commercial are tools you can use to promote idea's and products. In some cases 3D-printing gives you the edge allowing you to stand out from the rest. Examples: having a scaled down version of your product on the table when meeting with potential new customers. We humans are tactile, when we can touch an object we connect to it, also mentally. Other examples are a for instance a miniature 3D-statue of yourself (as a business-card), a giveaway, and permanent memento of a evenment.

For everying you touch..
Having a 3D-print-solution available you start to see your life in 3D. At everyhing you touch you ask yourself if it can be printed. Someone must have already designed a solution for this. This freedom rapidly spreads to your social network too. Giving freedom to many.

Aesthetics
The solutions are not only functional, it's also for aesthetics. Always wanted a 3D-buste on the mantelpiece, now you can. Have you seen a great statue in a Museum, it's probably also available as 3D-model already. Print it and you can have it hanging from the wall.

Eccomi 3D gives you and your organisation a head start in a very practical way. 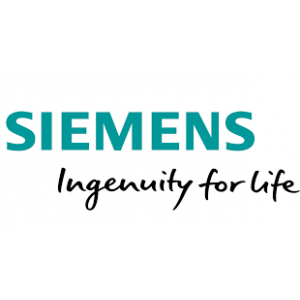